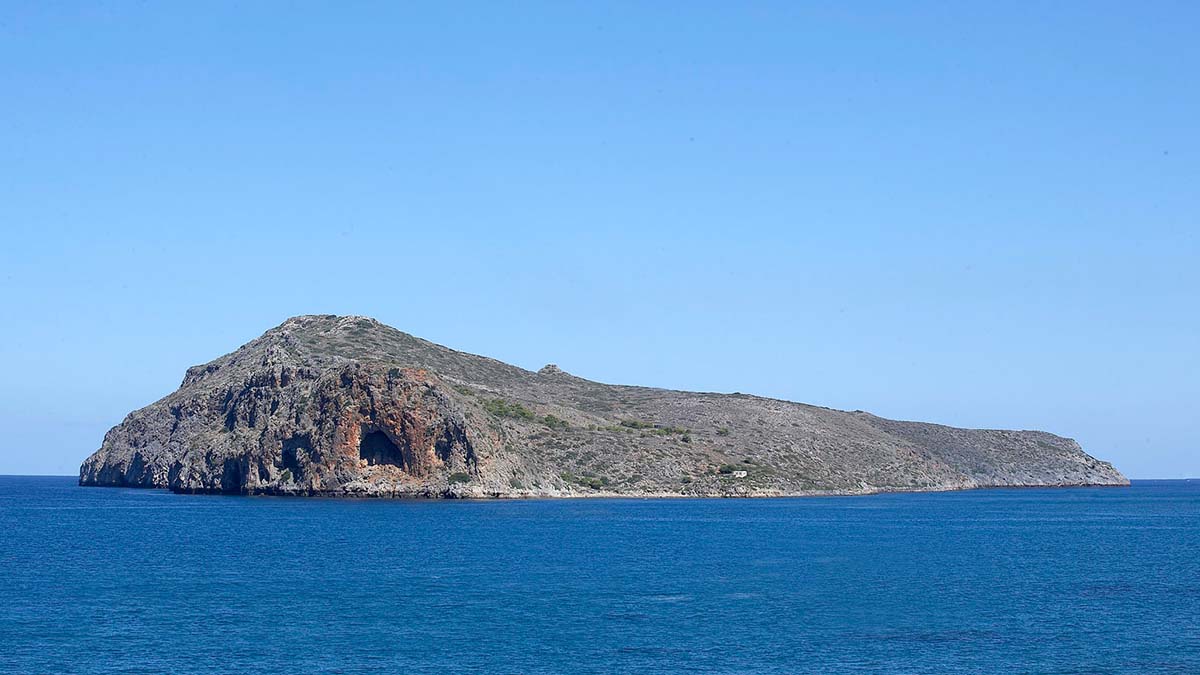 The “secret” islets of Chania

There are so many hidden treasures in Chania which you can hardly explore during a single visit – which explains why Crete is the island visitors keep returning to. Choosing among Petite Suites located in the Old Port of Chania, Villa Dimi or Villa Anton in the Akrotiri peninsula, you can enjoy unique moments of serenity and relaxation in our modern and spacious accommodations with luxurious furnishings and equipment. At the same time, you can plan one-day cruises to some of the secret islets around.

Souda is located at the entrance of Souda bay, in the port of Chania and is the first sight visitors see on entering the port of Souda by ship. On this islet, originally, there was the monastery of St. Nicholas – that’s why it was called “Fraronisi” (Fraros is a Catholic monk). Today, on the islet of Souda one can find Fortetza, the Venetian fortress which was built in 1571 A.D. According to testimonies, the armament of the fortress in 1630 was 44 cannons of various calibers and 9,185 balls, while the entire area was surrounded by walls.

The islet of Thodorou or Agioi Theodoroi is located opposite Platanias beach in Chania, just half a mile to the north. It is an island of great ecological significance, as it has been declared a protected nature reserve area for the protection of the Cretan Ibex (Kri – Kri). On the south of the island, there is a big arched cave, which from a distance, and as many with wild imagination would say, makes it look like a monster with its mouth open! Next to Thodorou there is a big rock, the island of Glaraki, and that is why you will often hear locals refer to both islands in the plural.

Lazareto is a small islet which is one mile away from the coast of Nea Chora, which is near the old town of Chania. On the islet, during the Venetian occupation, was built the quarantine station of the region by the Venetians. There was an unprecedented outbreak of Plague in Crete at that time causing many fatalities, mainly due to the many sailors travelling from all over the world. The lack of effective drugs, poverty and poor hygiene conditions contributed to the rapid spread of illnesses that quickly became fatal epidemics, which is why the construction of the quarantine station was a matter of crucial significance.

The two uninhabited islets of Gramvousa, the Agria (Wild) Gramvousa and the Imeri (Tame) Gramvousa, are located close to the homonymous cape of Chania, just two miles northwest of Βalos lagoon. Agria Gramvousa is north of the cape and rather difficult to access due to the high cliffs surrounding the islet like a huge wall. Gramvousa has been also included in the Natura network of protected areas, as is the wider region, since seagulls and various bird species have nested on its rocks. The islet of Imeri Gramvousa, on the other hand, is accessible. Tourists can visit the castle and see the wreck, as well as enjoy sea bathing there in the crystal clear waters!

The rocky islet of Gavdopoula is located 4 nautical miles north of Gavdos and is now uninhabited. It is an important stop for migrating birds during their long journey from Africa to Europe and vice versa, as well as a shelter for the endangered species of the Mediterranean seal and the Careta Careta turtle. The shallow waters between Gavdos and Gavdopoula are home to bottlenose dolphins, which are occasionally observed near the coast of Crete.

Decide which cookies you want to allow. You can change these settings at any time. However, this can result in some functions no longer being available. For information on deleting the cookies, please consult your browser’s help function. Learn more about the cookies we use.

With the slider, you can enable or disable different types of cookies: